It’s Official! Adeva is the Most Inclusive Tech Company! We at Adeva work hard to close the gender gap and help women around the world embrace technology. Now we have the award to prove it!

The non-profit organization Women in Tech awarded our co-founder, Katerina Trajchevska, as the leader of the most inclusive tech company that strives to bring equal opportunities to developers everywhere. Hoorah!

The event took place in Lisbon, during the 2018 WebSummit. It was the first Official Women in Tech International Awards event that celebrated the innovative, inspirational, and passionate people from all around the world who strive to bridge the gender gap in the tech sector.

It was an honor to be in the company of outstanding women like Aleksandra Kornecka from Girl Who Test, Emma Sinclair from Enterprise Alumni, and Merete Buljo from Natixis Euro Titres. They are a growing influence in the tech landscape and focus on supporting women in this male-ruled industry.

Why did Katerina and Adeva win the major award?

Katerina, the CEO of Adeva and a Senior Software Engineer, is an advocate for equality and inclusion. She is one of the organizers of the global initiative Learn IT, Girl and initiator of many local activities aimed at creating a more inclusive and diverse tech ecosystem. She’s currently leading Adeva’s Female Bootcamp – the first initiative for women in tech in Macedonia.

The award for the most inclusive tech company now sits in our office. It sits there as a symbol of how people can accomplish amazing things when they collaborate, have a dream, and firmly believe in a purpose. Regardless of their location, ethnicity, or gender, they’re all equal in their efforts to create a better future where humanity will flourish and prosper.

"Women in Tech is an amazing organization that keeps setting an example for women everywhere and empowering them to achieve their goals. It's truly an honor to take part in an initiative like this and bring back an award for being the Best Inclusive Tech Company in the world. We see it as a motivation plus to keep working on our mission of bringing equal opportunities to developers everywhere. " - Katerina Trajchevska, CEO of Adeva and Senior Software Engineer

The World Needs More Events to Empower Women in Tech

In recent years, the number of women in tech events has been increasing, highlighting the importance of a more inclusive tech culture. These events focus on empowering tech women through various conferences, summits, and seminars. They’re an excellent opportunity for networking and building connections and learning from people who have substantial experience in the industry.

Recognition Can Open a Window of Opportunities!

You can hear people often say: “it’s just an award that sits on my living room shelf”. The truth is that a dust-collecting award holds many opportunities. It’s almost like a badge that says that you’re recognized by the community as having accomplished something meaningful. That award distinguishes you against others.

The nomination can push you to become more engaged and motivated than ever before. It can increase your visibility, and help you build a strong support base for the future. What’s more, you’ll also receive useful feedback about your work and how you’re perceived by those who nominated you.

In the tech industry, you’ll find many women who take gender inequality to heart. They’re naturally shy and lack self-confidence which gets in their way of promoting themselves. To those women, this is what we say:

“Build up your confidence by always asking for constructive feedback. You should go out there and do your best to speak at lectures, give seminars, or go to conferences. Most importantly, try to develop a thick skin to face any setbacks and be able always to try again.”

We at Adeva, now more than ever before, are determined to inspire and educate tech women worldwide, offer them our utmost support, and fight to create a culture that promotes successful women. The award for the most inclusive tech company that sits on the shelf in our office will continuously motivate us to be part of many more panel discussions, technical workshops, and diversity-focused sessions, all geared towards supercharging the careers of talented tech women.

What’s our role in the grand scale of things?

Predictions tell us that improvements in gender equality would lead to an additional 10 million jobs by 2050 in Europe. This is something that would benefit both women and men. New jobs occupied by women are particularly important as they will help to reduce poverty worldwide.

By reducing the gender gap in Science, Technology, Engineering and Mathematics (STEM), we can help increase women employment and productivity. On the long run, this will lead to economic growth, improved freedom, strengthened families, advanced democracy, and worldwide peace.

There are no words to describe how Adeva is beyond thrilled to be the most inclusive tech company and part of the bigger picture of building the future of work. Increasing women’s participation in the tech industry will remain the purpose that drives our company forward into making a small but significant contribution to a world of equality. We will never stop inspiring young women to enter the tech scene, educating them, and creating a culture that promotes and nurtures successful women.

Adeva is a company that empowers its developers to work on world-class projects and supports them in their growth. It invests large amounts of time and resources to engage and educate women about open-source and IT in general. It strives to build a nurturing environment for women, and shape them into leaders who are globally and culturally aware.

Most of all, Adevans are positive, open-minded, creative and see the big picture. They believe in themselves, inspire others and are not afraid to dream big and achieve big.

Interested in extending your team with world-class talent? Schedule a call with Katerina Trajchevska, CEO of Adeva and a Senior Software Engineer.

Ethical Recruitment: A Quick Look at the Most Important Aspe...

Ethical Recruitment: A Quick Look at the Most Important Aspects

Most recruiters have one goal: to find people that will be good, productive members of the team. However, there is another type of recruitment...
6 min read Continue reading 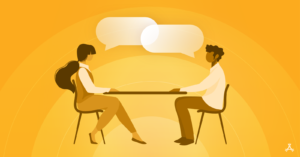 Effective one-on-one meetings are the cornerstone of a good manager and employee relationship. Learn how to run effective meetings with these...
13 min read Continue reading 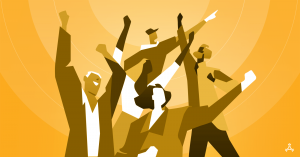