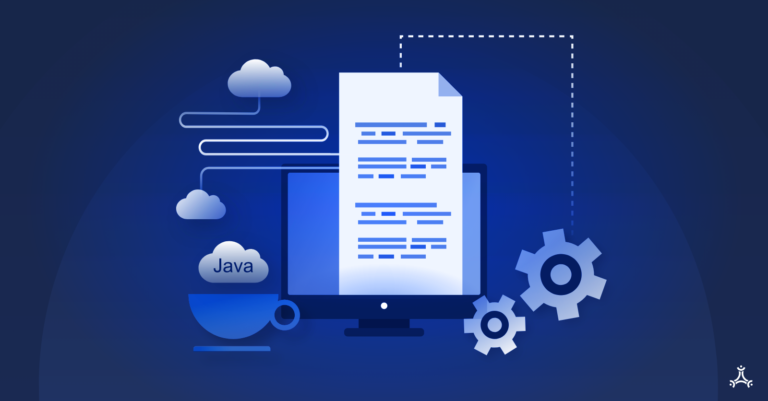 Are you a junior Java developer who wants to land his first job? Are you eager to discover how you can develop sophisticated solutions with your team?

This post contains the top 5 best practices when coding in Java, as well as the most common mistakes Java developers make in their daily coding activities.

5 Best Practices When Coding in Java

As a Java developer, these are some of the best practices you should try out while writing codes for your next projects:

You must be intentional in how you handle the naming convention for your codes and this is even what you do before starting to write a single line of code.

For instance, using naming conventions cover everything that has to do with rightfully naming a variable, constant, method, class and interface, etc.

When naming identifiers (methods, classes, and variables), it's a good practice for you to let the respective things you name them with to be self-explanatory, distinct, and pronounceable.

Most importantly, you must always ensure to write readable codes that are easily understood by humans (and not just write codes for the sake of satisfying the compiler).

Organizing member variables of a class through their scopes is another good coding practice you should always try to implement while coding.

That’s to say that, as a Java developer, it would be nice of you to sort each member by the visibility of the access modifiers: private, default (package), protected, and public. And a blank line separates each of the groups.

Class Members Should Be Private

It's a good coding practice in Java programming to try as much as possible to reduce the accessibility of class members to the barest minimum possible.

When trying to protect the class members, you should make use of the least possible access modifier.

Why is it highly recommended to make class members (identifiers) private?

The only logical reason for practicing this is to bring out the usefulness of encapsulating information in software development.

You can now write lengthy numeric literals that have a great readability score many thanks to the update done in Java 7.

After making use of Underscore:

The above-written declarations in Java show the importance of using underscores in numeric literals to improve the readability of codes. When you compare the two declarations above, you would be able to deduce that the one with included underscores is more readable compared to the other one.

As a developer, you should always avoid initializing member variables with values such as null, false, and 0. In Java, you don't necessarily need to do this because these values are the default initialization values of member variables.

For example, the initialization done below is not needed hence it is redundant:

5 Worst Practices When Coding in Java

These are some of the worst practices you should try as much as possible to avoid while you write code for your next project:

It’s not a good idea to always neglect numerous amounts of libraries written in Java. It’s always advisable for anyone in this regard to try and search for available libraries before getting too deep with a task (project).

What makes these existing libraries special?

Using Raw Type Instead of a Parameterized One

In general, Raw Types are either not parametrized, or non-static members of class R that are not inherited from the superclass or superinterface of R. Not until generic types were introduced in Java, raw types never had an alternative.

Though raw types have had support for generic programming since version 15 an inadequacy has been discovered to possibly breakdown the system as a result of backward compatibility reasons.

For instance, in the above lines of codes, we defined a list of numbers as a raw “ArrayList". Any object can be added to it since the type of the "ArrayList" wasn't specified with the type parameter.

If you check the last line in the above codes, you will see that we cast elements to int, double it, and print the doubled number to standard output. The truth is that there won’t be errors in it during compilation time but during runtime the reason because we tried to cast a string to an integer.

How can this be corrected?

The only way out is by defining the collection by specifying the type of data getting stored in the collection. The lines of codes below show that:

Nevertheless, the above-corrected version won't compile well because we tried to add a string into a collection that is expected to store integers only. Where we tried to add the string “Forty”, the compiler will show and point at an error.

Above all, parameterizing generic types is the best way out of this. By this, the compiler can see and make all the possible types hence reducing the chances of runtime exceptions.

Leaving exceptions unhandled might be tempting but always try as much as possible to handle them. Addressing these exceptions when they appear is the only way out of this because they are intentionally thrown.

But how do you address them?

At least it’s better to let other developers know the reason behind leaving out the exceptions.

into the exceptions’ variable name is one of the best ways of highlighting an exception’s importance.

Creating many short-lived objects may result in excessive garbage allocation. This is never a good practice in Java programming because the performance of an application is affected negatively anytime the garbage collector tries to remove an unneeded object from memory.

Strings are immutable in so that is why we used a mutable StringBuilder in the above example so that our code will execute very fast within a second.

You should always try to free resources any time they are done using them. Also, similar caution needs to be taken any time an exception is thrown during an operation on such particular resources too.

In this tutorial, we've explored the best and worst practices when coding in Java. We say how organizing member variables of a class through their scopes is a great coding practice you should always try to implement while coding.

We also saw how leaving exceptions unhandled might be tempting but it a practice we should avoid as much as possible.

All in all, all of the practices mentioned above lead to one thing: making our code cleaner and better.

On the plus side, a developer who constantly strives to improve stands a good chance to be contacted by a client looking to hire Java developers.

In all fairness, Java is neither hard nor easy to learn. Although the concepts behind the whole of Java might be difficult to grasp at the beginning. But immediately you start programming and playing around with the GUI features of Java you would love the object-oriented programming language (Java).

Q: How can I teach myself Java?

You don’t need to visit a classroom before you can successfully become a java developer: online video tutorials would teach you a great deal about the programming language. You can always practice what you have learned once you are done learning on websites such as Programmr, JavaPractices, CodingBat, PSkills, CodeRanch, etc.

Q: How long will it take to learn Java?

For a complete newbie about to begin a journey in the world of programming, it might take you 6-12 months to learn Java. From there you can start applying for jobs and get connected with a client looking to hire Java developers.

Q: What does static mean in Java?

Q: What is Encapsulation in Java?

In Java, encapsulation is simply the wrapping of code and data together in a single unit. 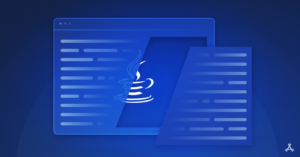 Introduction Repetition, together with decision and code reuse, is one of the building blocks of any programming language. Java followed the...
8 min read Continue reading 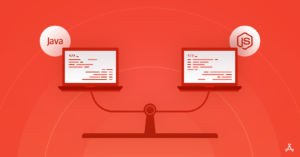 Node.js vs Java: Side by Side Comparison

Choosing the suitable backend technology to use in your software project can be hectic. Factors such as scalability, performance, and...
8 min read Continue reading 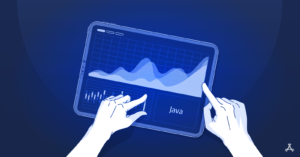 When you hear about Java, the first thing that most probably crops up in your mind is that it's the oldest programming language. But is it...
5 min read Continue reading