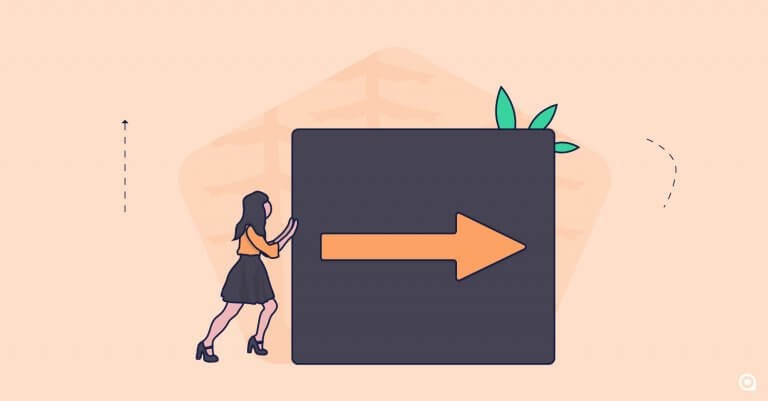 Something special is happening in the tech world. More and more companies are adopting the open-source model and are reshaping the entire software industry as we know it. Investors are putting their money down to help these companies grow their businesses and see a triple return of investment.

Faster innovation and less duplication of effort are the main drivers behind open innovation. And it seems to be taking over the world of startups with the speed of light. If you’re impressed with open-source-centric startups as we are, you’ll be happy to hear that we’ve put together a list of 10 startups that we think are shaping the future of open source. All of them have already amassed six-figure funding, and are continually coming up with more innovative ways to improve their product or service.

OpenFin is to the Fintech world what iOS is to the rest of the world. Banks, hedge funds and trading platforms have all installed the software on their desktops. In fact, according to the company, their OS has been deployed to nearly 1,500 companies and runs on 1,000 apps on 200,000 desktops.

In a nutshell, OpenFin OS modernizes trading apps. People in finance can now run their apps on a modern OS that is created for the digital era. The OS enables easy workspace management and automates your workflow. The best part? It runs on every operating system, including Mac, Linux, and Windows.

OpenFin is a thriving Fintech startup that’s active in the open-source community. With total funding of $25M, the company CEO’s mission is “to have the OpenFin OS on every desktop at every bank and buy-side firm.”

There’s an innovative startup company that’s reinventing the way traders communicate and it goes by the name of Cloud9. It’s a voice collaboration and analytics firm that offers voice analytics, sophisticated trader communication and transcription solutions to distributed financial teams.

The company was created in 2014 when a group of data scientists and engineers came together to develop a solution for cloud-based voice communications. According to its founders, the product can help financial companies “remain competitive, compliant, and profitable in the market”.

Cloud9 is another Fintech startup that has understood the value of open-source software. The company believes that voice services are destined to become an open ecosystem, like any other communication channel. Their goal is to integrate with partners that are active in the voice ecosystem to create a more complete service to their users in financial institutions. With total funding of $44M, the company promises that its product will reduce communications costs by up to 50% by eliminating pricey private lines and desktop hardware.

The semiconductor industry has a new player that has managed to raise $64.1M since its creation in 2015. The startup’s name is SiFive and it specializes in creating open-source chip platforms.

SiFive was founded by the designers of RISC-V, an open-source hardware instruction set architecture. Anyone can use the RISC-V free of charge to design, manufacture, and sell chips and software. The startup is encouraging more developed companies to design their own chips, just like Apple does. And they’re making it less expensive and less complicated for small startup teams to get involved with chip design.

The beauty of the customized RISC-V based semiconductors is that they help system designers reduce costs and time-to-market. According to SiFive’s CEO, Naveed Sherwani, the company has already attracted customers like Tesla, Toshiba, and Daimler-Benz.

In 2013, a container technology was launched as an open source Docker Engine. The company behind the product was Docker Inc. and the founder was Solomon Hykes. In a nutshell, Docker is an open platform for building, shipping, and running distributed applications.

Experts agree that the startup has revolutionized software development and has made life simpler for software developers. Docker is active in the open source ecosystem through an array of projects that encourage the containerization movement. The company offers a number of tools and other components that help developers build, ship, and run their applications. In fact, millions of people worldwide have used these container components.

Open source innovation has never been more vibrant and Sonatype is another active company in the open source realm. The aim of the company is to help enterprises get precise information about open source components and speed up software innovation, quality, and security.

Sonatype is trending in 2019 as open source continues to take over the world and companies worldwide continue to adopt open source. As one of the major problems of IT leaders today is accelerating the pace of software innovation while also improving security, Sonatype has developed a platform that addresses this high-priority market need.

If you’re using Kubernetes, then you must take a closer look at an open-source startup called Heptio. It’s a company created by the same people who founded the Kubernetes project back at Google in 2014 and now the team is back to advance the open Kubernetes ecosystem.

Craig McLuckie and Joe Beda created Heptio to make Kubernetes more friendly to use for enterprises. But apart from the company’s distribution of Kubernetes, Heptio has several open-source projects including the Sonobuoy diagnostics projects, Ksonnet configuration, and the Ark disaster recovery. Undoubtedly, the startup will become a keystone is how companies run their businesses.

The creators of Kafka have added another amazing product in their extensive portfolio. This time it’s a big data and open source company known as Confluent. The product completes Apache Kafka, a distributed streaming platform. Confluent offers an event-streaming platform that processes vast amounts of data in real time. Businesses with large amounts of data that need instant reactions can now have their apps react more rapidly and at a bigger scale.

According to Kreps, Confluent is not operating alone. It’s dependent on its massive community of open-source contributors who’re continually advancing the product.

Although the base open-source component of Confluent is available for free, users do have to pay for the additional tooling the company has designed to make it less complicated to use Kafka. As thousands of users and companies today already use Apache Kafka, Confluent will continue to scale extremely quickly.

The designers of Apache Spark have launched a new startup company that aims to accelerate innovation. Their new product is Databricks and it provides a data-analytics platform with machine-learning abilities. Data scientists can now handle large amounts of information in a less complex manner. Databricks just signed a $250 million in funding in February, and now boasts total funding of $497 million.

The startup is trending in 2019 as it’s a high-quality open source project created to fix the reliability issues affecting data swamps. It helps companies to build their data pipelines across data storage systems and prepare data sets for data scientists. Companies are spending thousands of dollars to analyze data in order to find value and this platform makes things less expensive and complex.

Redis Labs is popular in the open-source world as the home of the free Redis database, created by Salvatore Sanfilippo. The company has been only growing in popularity among developers thanks to the speed with which it gives results.

According to the company’s founder, Ofer Bengal, “the company runs 1,000 times faster than disk databases and can process 10 million transactions per second in under a millisecond.” In February, Redis Labs announced that it closed $60 million in series E financing.

Tidelift is the product of former Red Hat employees who founded an open-source software marketplace where people can buy and sell services for maintaining and securing open-source projects. Also known as “Netflix for open-source software”, the company secured a $25 million investment in January 2019 to gather more publicly maintained software projects.

Tidelift’s mission is to provide support, security fixes and other enhancements to open source maintainers and project teams. Tidelift sells subscriptions of its repository of open-source software tools to help companies build highly profitable businesses around their open-source projects.

It’s hard to believe that only five years ago, the majority of investors were skeptic about adopting open-source as a business model. Today, five years into the future, open-source companies are dominating the software universe.

Million-dollar investment deals are taking place on a daily basis and companies like Confluent and DataBricks are slowly working their way through the growth stages of their evolution. It’s pretty clear that the open-source business model won’t be going away anytime soon and is slowly eating into the proprietary software market. Unless proprietary software businesses adapt, they’re doomed to lose.

Here's Why Mental Health Will Be a Key Player in the Future ...

Workplace Diversity: An Unproven Trend or a Competitive Adva... 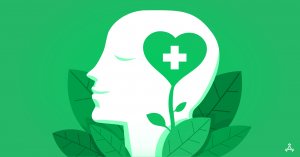 The world of work is rapidly changing. From March 2020 and onward, billions of people have been affected by the devastating pandemic. The whole...
8 min read Continue reading The Gig Economy is Reshaping the Future of Work

Technology has slowly transformed every aspect of human life. Are you starving but don't have the time to cook? There are plenty of apps such as...
8 min read Continue reading Workplace Diversity: An Unproven Trend or a Competitive Advantage?

It’s a random day at Adeva. The team is engaged in its work, working from a home office or a coworking place somewhere in the world. We’re all...
7 min read Continue reading